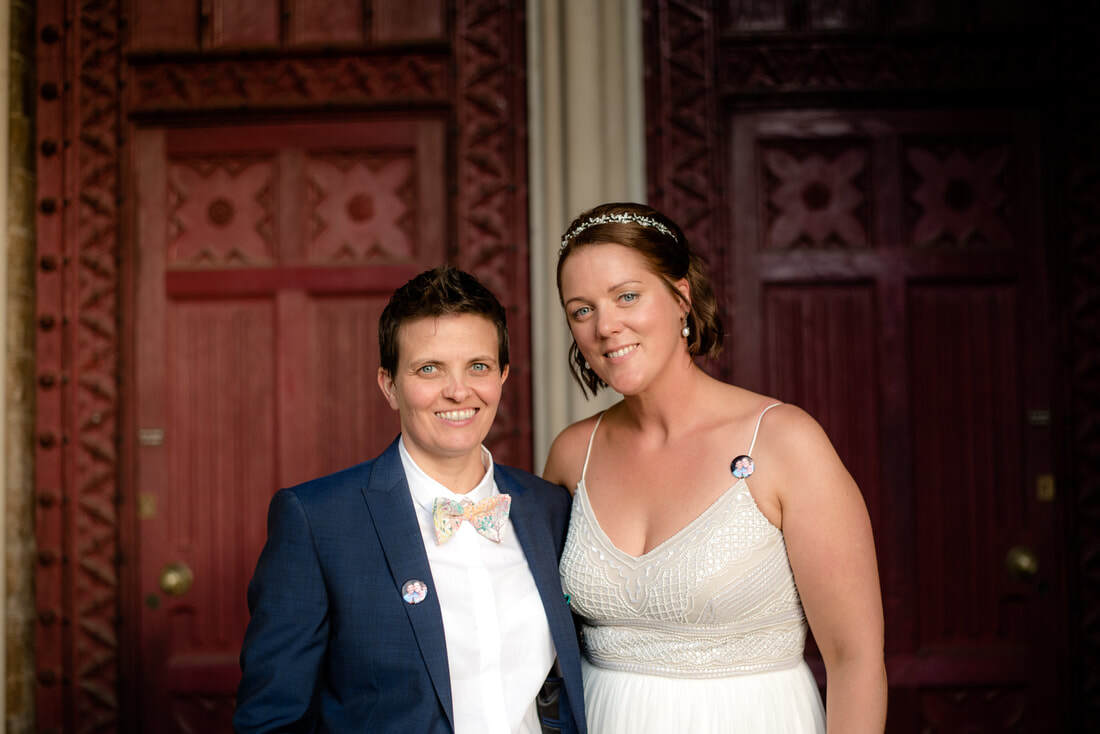 The Wedding of Ali & Charly

A few weeks ago I photographed the same sex wedding of Ali & Charly at St. Albans Registry Office, followed by their reception at Per Tutti and at Ye Olde Fighting Cocks.

It was a lovely sunny day when I arrived to capture the bridal preparations. A short while later, Charly arrived! It was then time to head off to the register offices in St Albans. Interestingly, many years ago, this location was St Albans Prison Gatehouse.
The registry offices were also famously used in the filming of ‘Porridge’ as HMP Prision Slade!

It was then time for the ceremony to begin!

After the ceremony we headed out into the registry office gardens. Here we grabbed the group shots followed by wedding portraits of the newly married couple.

After having some great fun shooting with the couple, we headed off to Per Tutti for the wedding breakfast.

After the meal, it was time for the speeches.

It was time to head off, and as we were passing by the abbey, we took the opportunity to get some more shots of the couple together.

We then headed into the pub and cut the cake.