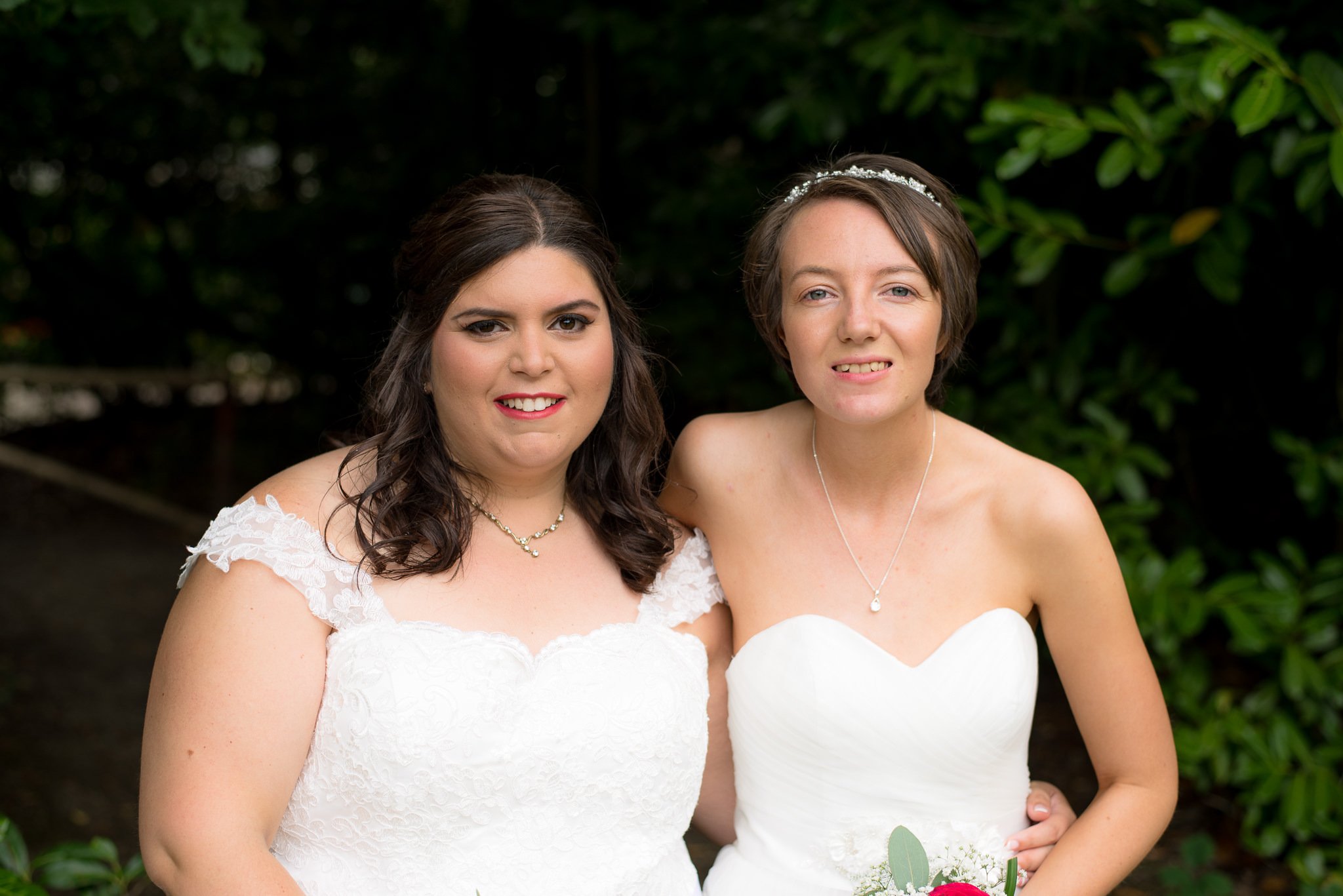 The Wedding of Sophie & Sarah

At the beginning of August, I photographed the wedding of Sophie & Sarah at Gilwell Park, London (https://www.gilwellpark.co.uk/wedding-venue). The weather was forecast for a hot sunny day. As I was photographing two brides, I split my time between the two to capture the bridal preparations of each. I firstly headed over to a Salon in Chingford to meet up with Sophie.

Along with Sophie was her Bridal party. I took the time to get shots of all of the preparations at the Salon.

After a short while, it was time for Sophie to have her hair and make-up.

It was time for me to leave and head over to Chigwell Park to capture Sarah’s bridal preparations.

During the preparations, I grabbed shots of the wedding dress, the wedding bouquet and shoes.

After photographing the finer details, I returned to the room to capture the final parts of the bridal preparations.

I received a message that Sophie had arrived and went down to meet her.

The guests had also begun to arrive. I headed off to outdoor ceremony area to capture some candid shots.

All the guests had arrived so it was time for the ceremony to begin.

The brides had written their own vows to each other. They were both full of true love and humour.

After the signing of the wedding register, the couple had a few moments to themselves. We grabbed a few more shots with the London Taxi Cab before it left. I also took some candid shots of the wedding guests. A while later, we went through the group shots that the couple wanted.

We also made time to get some couple portraits around the grounds of the Gilwell Park Wedding Venue.

We also had a chance to get some fun photos too before heading in for the wedding breakfast.

They couple had two cakes, both to reflect their geographic backgrounds.

As the guests took their seats, I grabbed a close up shot of the wedding rings. The wedding breakfast was about to begin so I left them to eat. I later returned to capture the speeches.

A lovely touch was that the couple had video messages left by those that couldn’t be there for the day.

After the speeches, the cake was cut and the dancing began. I continued to capture the fun and laughter along with a couple of photos of the guests.